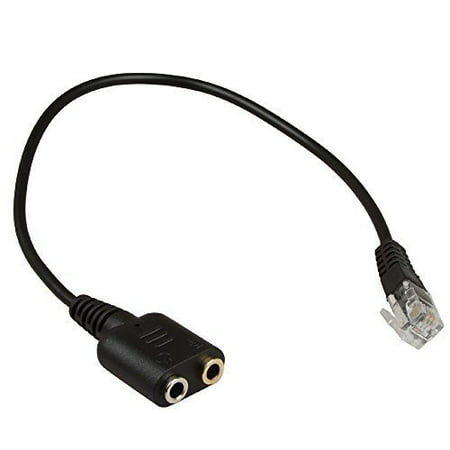 Specs: This amazing adaptor converts the standard headset 3.5mm mic/audio plugs to a standard RJ9, RJ10, or RJ22 4P4C C i s c o headset plug, allowing you to use your favorite computer/laptop headset with your C i s c o-based office phone. Will not work with the handset jack. Outputs binaural sound for stereo headsets, meaning you will hear sound out of both ears.

Does not work with standard phones, handset jack, Nortel, Aastra, and many other brands.

There are no reviews yet.

Only logged in customers who have purchased this product may leave a review.